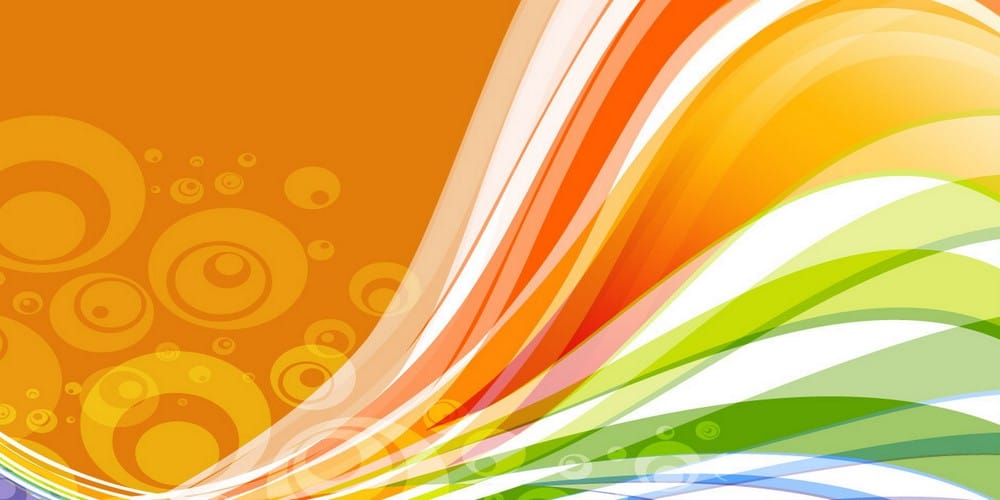 Remi Nandi's Home Ganpati Pictures & Videos of every year. Also includes decoration ideas or details which they have shared. It would be helpful to others for following year.

You can also leave a comment or question below for me, would appreciate.
Hope you like the Ganpati Decorations.

This are pictures of my Home Ganpati from year 2018

This are videos of my Home Ganpati from year 2016

This are pictures of my Home Ganpati from year 2016 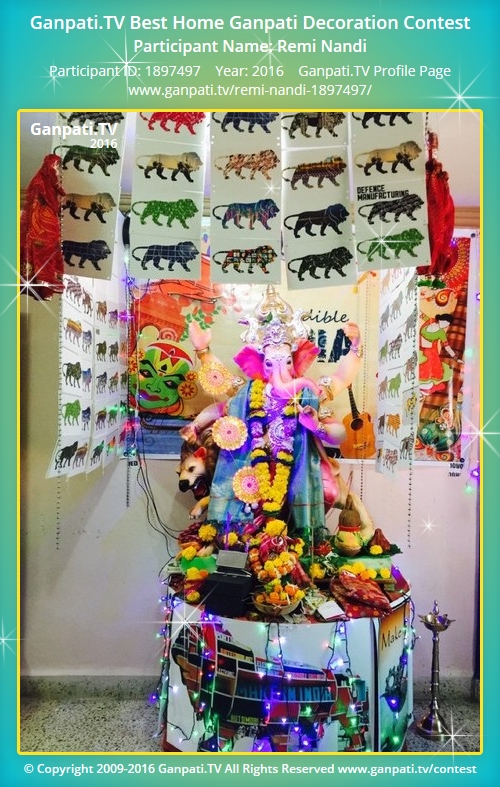 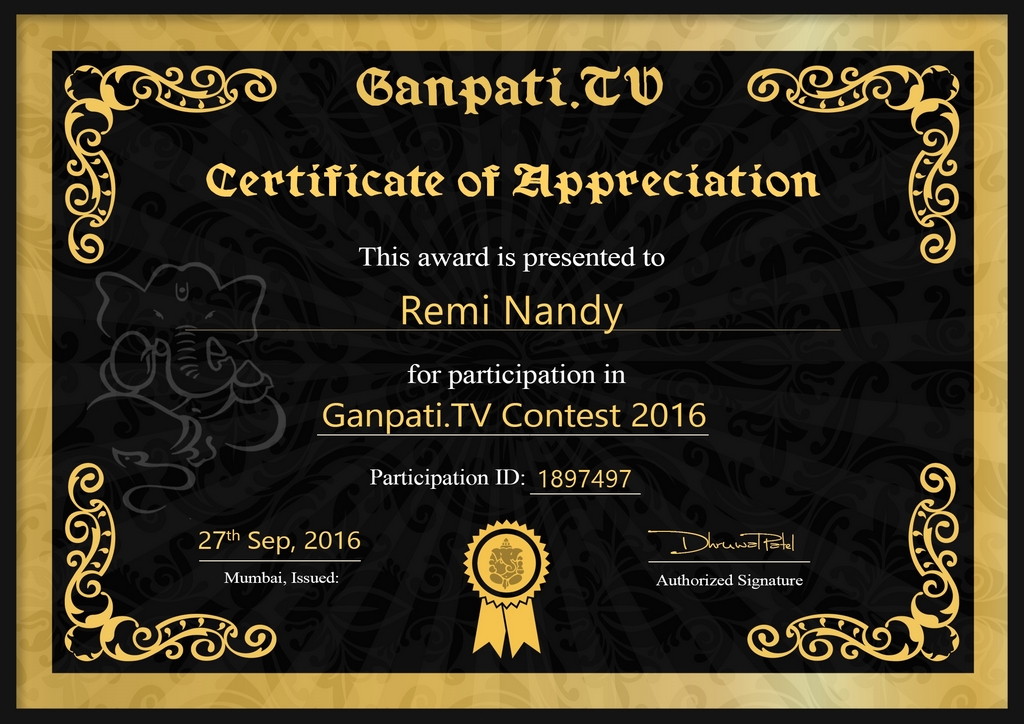 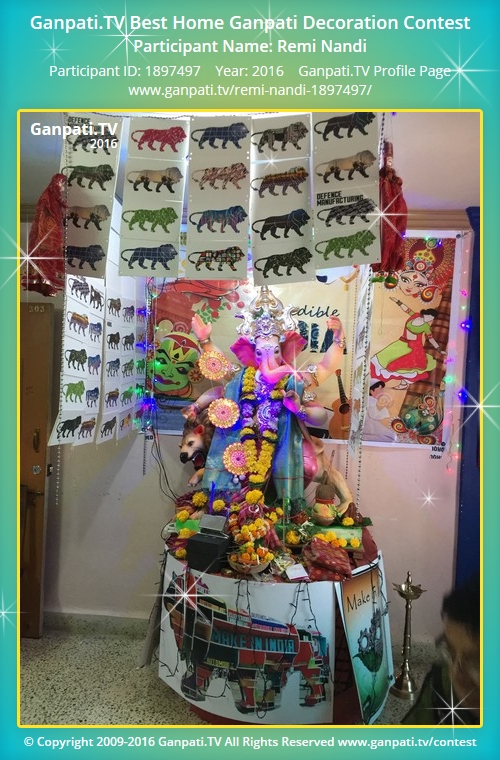 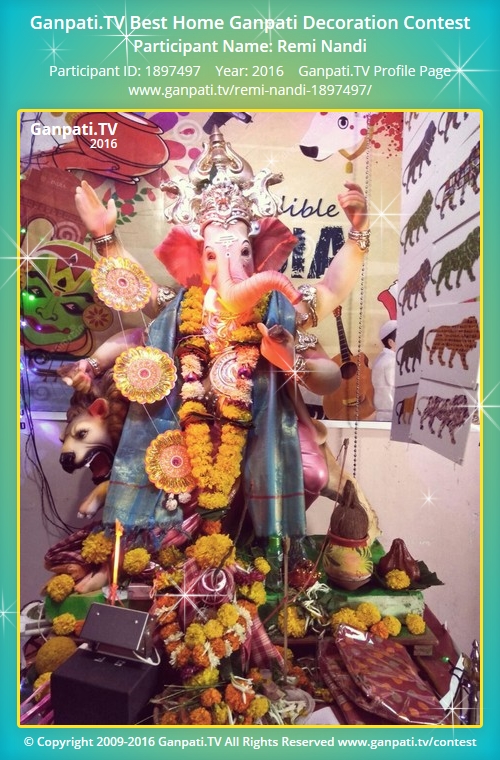 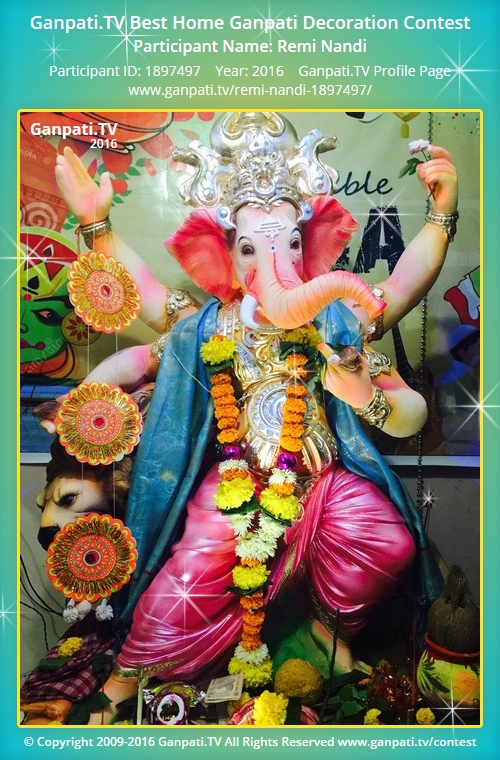 Decoration Description: The concept behind this decoration for our 11th year is to encourage people to use commodities made in India. The decoration was designed with the Make in India Logo showcasing all the Industries like Shipping, Construction, Tourism, F& B, Defense, Automotive, Bottling, and Thermal Power etc.

This are pictures of my Home Ganpati from year 2015 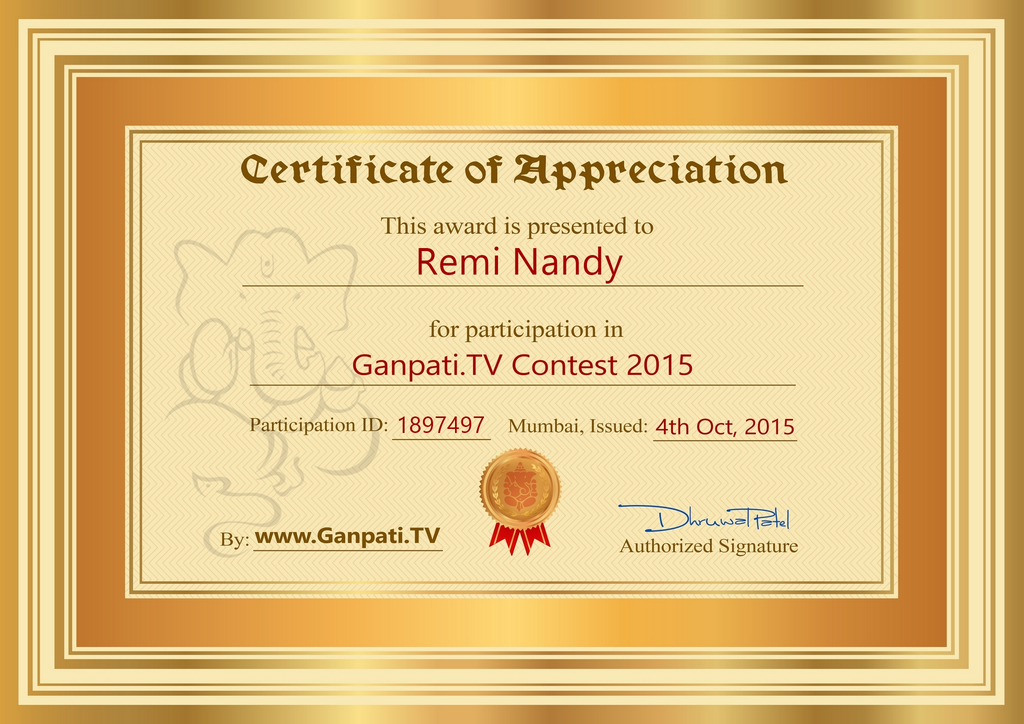 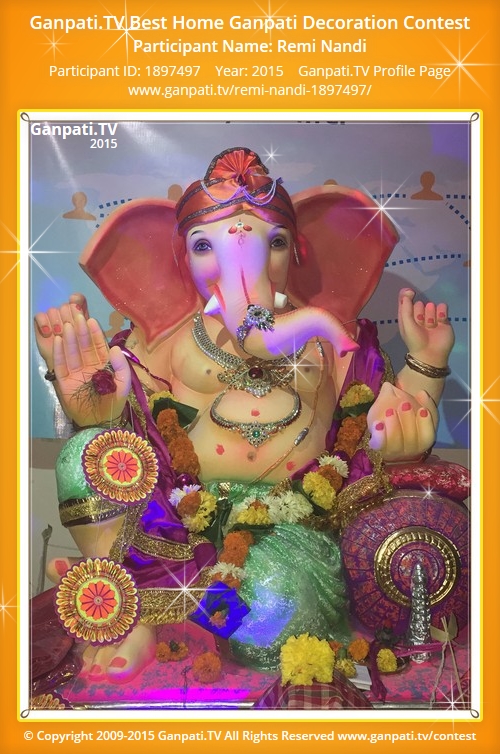 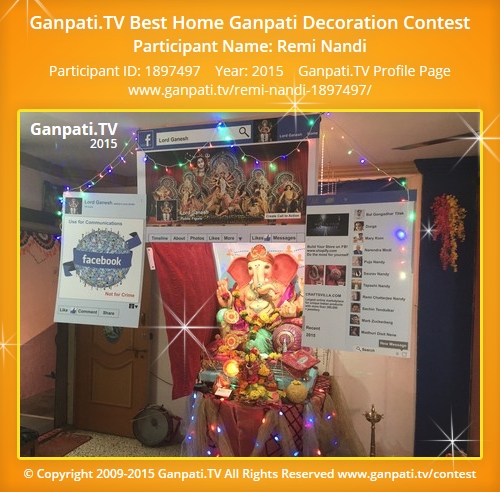 Decoration Description: Lord Ganesh through his Facebook profile. The concept behind this decoration for our 10th year is made to look like a Facebook account of Lord Ganesh. In the Hindu mythology where a Neekanth bird (Indian Roller, Coracias benghalensis) used to do the communication between Gods. Keeping in mind the internet-generation, Lord Ganesh, hypothetically has chosen Facebook to announce his home-coming among the mortals. Lord Ganesh also wants people to maintain harmony and love. He wants people to use technology to spread humanity and fight crime. The decoration was designed like a Facebook page, with a timeline cover photo of Lord Ganesh with his family, together, there was a display picture (commonly called ‘dp’) of Lord Ganesh as well. The chat box list included names like Durga Ma, Lokmanya Tilak, Narendra Modi, Mary Kom, Sachin Tendulkar, Members of Nandi family& likes. This is truly a case of no missing details. Facebook founder Mark Zuckerberg was not missing from the mentions as well. Successful Indian Olympian were also featured on the page which gives us a sense that the goddess is watching over all of us. A perfect execution! With increasing offline acts honoring online entities, eg. People being named after networking sites and likes, this is one step towards taking online concept offline. The Ganesh Puja is over now and mythically Lord Ganesh is back to his place. What we have gained is a promise, a promise of bigger and brighter future for social media.

This are pictures of my Home Ganpati from year 2014 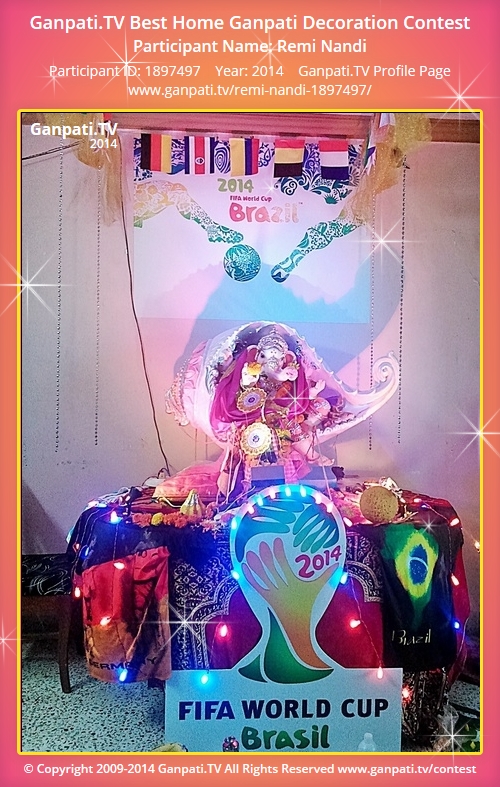 Decoration Description: The concept behind this decoration for our 9th year was that India is a country which worships sports like god one of which is Football. We as country may be not in the football world cup map but no one can beat us saying that we have less knowledge of the game. Fast reflexes, strong legs and team work is what makes a football team great, it doesn’t matter if your country is a dot on the map, if half your country is below poverty level, or if it’s the first time that you are playing on an international level, it is skill and skill alone that has earned all the 32 teams a place in the sun. We read somewhere that Columbia as a country united because of their play in this world cup, and how the fractionated people of Columbia cheered in different languages as the country played on. We can only imagine a time when India does make it to the top 32 and we shall have cheers in almost 32 different regional languages. No matter which team is in the FIFA world cup, Sports and football will definitely been the biggest winner. The lyrics of the world cup official song by Pit Bull and Jennifer Lopez sums it up… 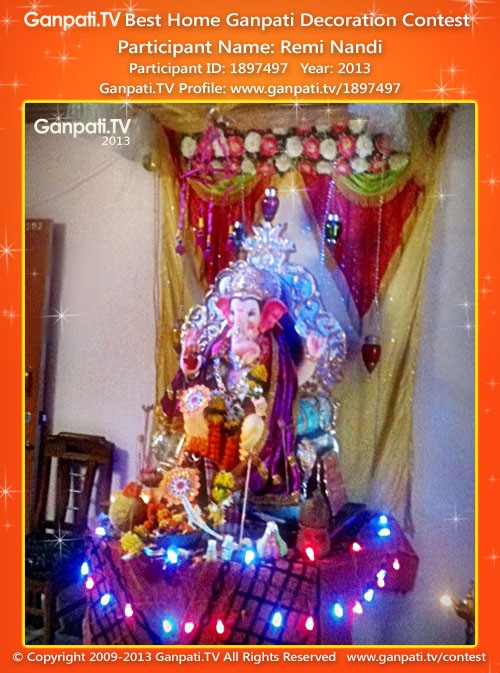 This is a picture of my Home Ganpati from year 2013